The Four Flavors of Respect

[This one comes from a reader’s request and written with the martial artist in mind.]

1.  Fear is Not the Same as Respect.  Too many people confuse fear with respect.  When I was eight years old, my first martial arts teacher, a former Green Beret, described to us the popping noise it made when he cut the throats of Viet Cong soldiers with piano wire.  His senior students were creepy, too, all big fans of choke holds and neck throws.  I was scared of them – eight years old! – and quit after a year.  They were not what I wanted to become. If you are a bully of a teacher, your students will fear you and you will attract students who want others to fear them. They will never hold you in high esteem, only your fighting skills. The same holds true for people in leadership roles in any walk of life. 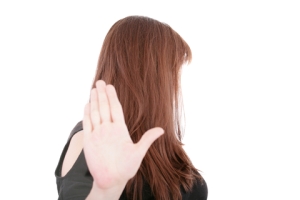 2. Personal Integrity.  On the other hand, if you have personal integrity, you will attract those who respect you, not just your skill set.  As Grandmaster Wong Kiew Kit writes about kung fu masters:

“The most important quality, however, the quality that distinguishes true masters, is that they teach and practice high moral values.  Some people may be very competent in their art, and may even teach well, but if they swear and curse, seldom keep their word, glorify aggressive fighting or are fond of sleeping with other people’s wives, it is best to stay clear of them.”

3.  Acknowledging Limits.  You demonstrate a third kind of respect every time you practice with your fellow students: respecting each others’ limits.  Although different schools have different expectations, each of you has consented to the engagement and agreed that neither of you will do serious injury to the other. You have to learn control of your body, behavior and emotions in order to be an effective student, or else your fellow students will want nothing to do with you. You are one cracked rib or bloody nose away from being shunned.  When we slip up (which happens), the better among us apologize, acknowledging that we have crossed a line, in order to defuse the anger that might result.  What if we are the subject of the slip-up?  We learn to accept the apology without letting the anger bubble up.  Our own self-control and respect for our opponents is a major source of others’ true respect for us.

It is this third kind of respect that serves us well off the mat.  Kung fu philosophy disfavors mercilessness when it is not needed.  Do the minimum damage to achieve your goal – like the tai chi master brushing an opponent away like a fly, or a master of joint locks immobilizing without shattering limbs.  That is respect for your art and even the humanity of your opponent.  If you show that kind of respect for your opponent, you are likely to de-escalate the conflict.  After all, if he is afraid you will injure him, he is likely to lash out in self-preservation.  He is likely to respond to your disrespect with his own.

4. Respect the Consequences. On the other hand, at some time in our lives all of us have to fight hard for something off the mat.  If the situation is so bad you cannot fight with respect for your opponent, at least respect the consequences. If you seriously injure someone you may face jail time. If you act viciously it invites revenge.  If you develop a reputation for amoral ruthlessness it makes people wary of you, not respectful.  Although you may have to take a tough line, do it carefully and with forethought.