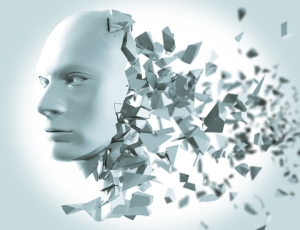 Where I live in the northeastern United States, winter is dark, snowy and frozen. People hide indoors, the birds are absent and even the squirrels are in dormant mode. Everything, even the animals, is impatient for spring. Cabin fever is real.  It’s hard to think about cabin fever on a warm summer day like today, but that’s the day to prepare for it.

Qigong practitioners have to deal with their own form of cabin fever: people locked in their own minds as they develop strength that’s greater than their mental foundations. It’s called qigong psychosis. While it is rare, everyone is potentially susceptible.

If you practice any exercise diligently, you will grow stronger, mentally and physically. This is especially true of qigong. Eventually you learn to withhold parts of your strength to avoid injuring others and to allow qi to work its magic better. Sometimes, though, there is a weak part of our personalities that serves not just as motivation for getting stronger but as a foundation of who we are. Great power built upon great insecurity is a difficult combination. The victim’s mind becomes warped. He becomes intoxicated with power and believes the normal rules of the world do not apply in quite the same way. One classic distinction between neurosis and psychosis is that in neurosis, you filter data coming in from the world in a strange way, but in psychosis you think about the data differently. People with qigong psychosis may develop such a sense of self-aggrandizement that they believe they have mysterious powers. At some point, it can even cross over into Western concepts of paranoid delusions.

If you engage with someone who operates under a set of mental rules that does not seem grounded in the same world in which you live, you can try to understand and interact with them on their terms. However, the rules under which they operate tend to morph and twist in order to protect the delusion. You will always be on shifting ground, struggling not to become unmoored yourself! It is really interesting that too much standing practice qigong (zhan zhuang), which builds such a strong sense of physical balance and rootedness, can have the opposite effect on people’s minds. The best thing to do is to interact normally, from your own point of strength. After all, one of the tenets of kung fu is that since you can’t control your opponent, all you can do is to control yourself.

If you are concerned that you yourself might be thinking those strange sensations of qi flow are signs of your growing special relationship with the dao, that’s a good sign! You are reality-checking. The best internal tip I’ve heard is not to double down on your rising strength, but to use standing practice to climb out of the wormhole of your own mind. Focus your breathing on where you are tensing your muscles to support the weakness in your body. Accept that recurring twinge in your back as something to integrate and strengthen, rather than something to protect by strengthening the surrounding tissues.

If you are not into that kind of internal martial arts training but can see your life developing the same pattern as your power in a social setting or organization grows, keep yourself humble. Reflect on your weaknesses. Not only will it keep you from getting so caught up in yourself (or full of yourself) that you start to make dangerous decisions, it will keep you from believing that whatever you are in one setting does not automatically transfer over to others.  I’ve seen many senior executives fall because they thought they had grown above the rules.  I’ve also seen many marriages that fall apart because one spouse no longer wants to be married to someone who takes being King of the World home from the office.

Finally, be careful of how your social support network encourages or discourages changes like qigong psychosis. If you are a martial arts person or a powerful person within an organization, you can start to believe your own words a bit too much. Connect outside that network of self-reinforcing nonsense. Otherwise, you could end up like those in the not so distant past who believed their exercise and meditation programs could even protect them against bullets.

Posted on August 3, 2017, in Uncategorized. Bookmark the permalink. 2 Comments.